It's been a very long time since I last posted, but now that the school year is finally over I have some time to craft again! Also, I'm officially a senior! One more year to go!

Anyway, over the past few weeks I have been working on a lot of different projects. I'll just share a few, all of which are available to purchase at Found on Fremont in my space, which over the year has been doing very well! I'm glad to have stuck with it so long and I'm really pleased to be selling my handmade and vintage finds in a little store.

I have continued painting owl rock paper weights, as the last group I made sold pretty well. I also really like using my beach combing finds for crafts! Now to find something to do with all the shells and tiny rocks I always pick up. 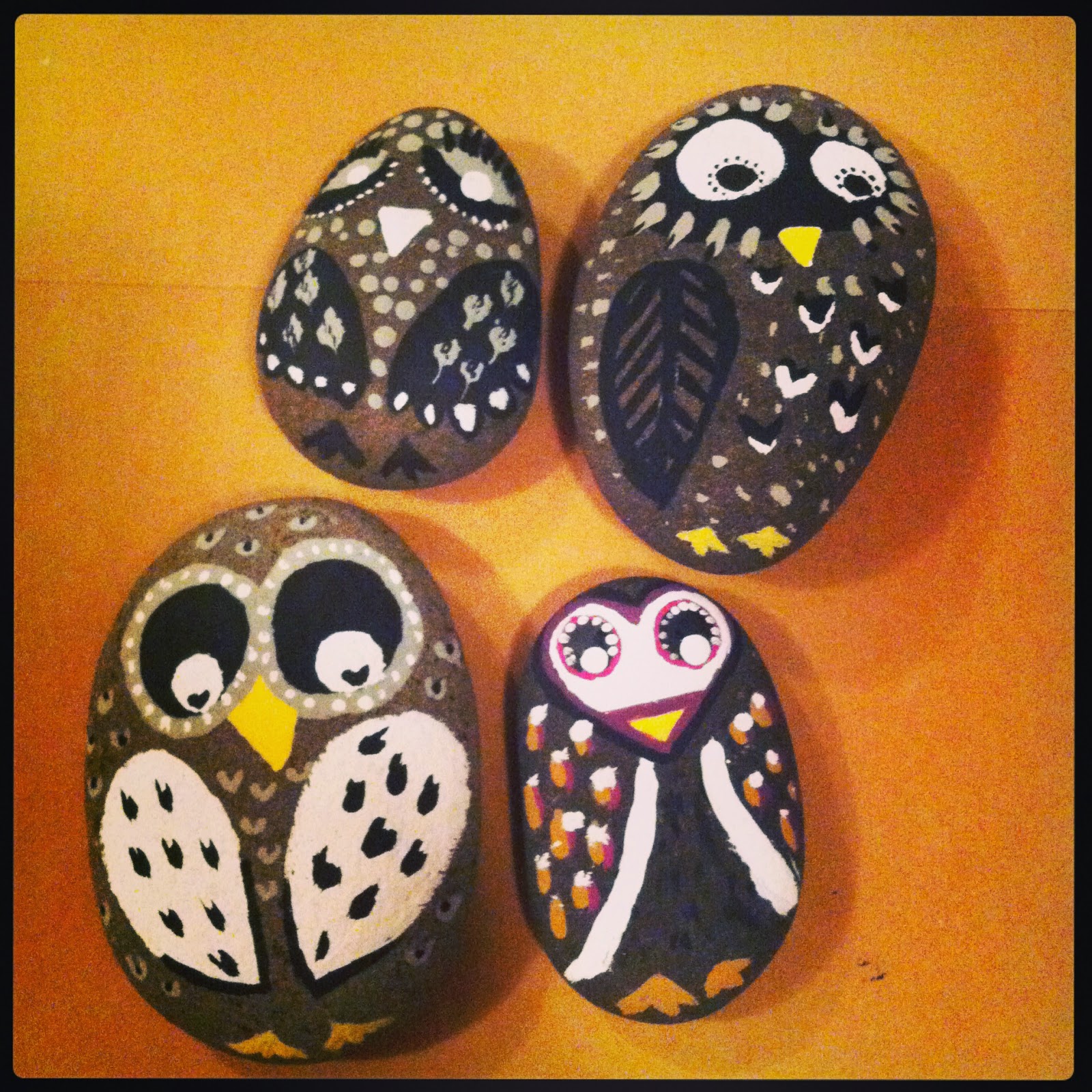 I started working on another refinishing project. Mom brought home a little side table she found at a yard sale and I decided it would look lovely pink! This is only the first stage though, because the final stage will be to remove some of the paint to give it a 'shabby chic' look, which is pretty popular at Found on Fremont during the summer. 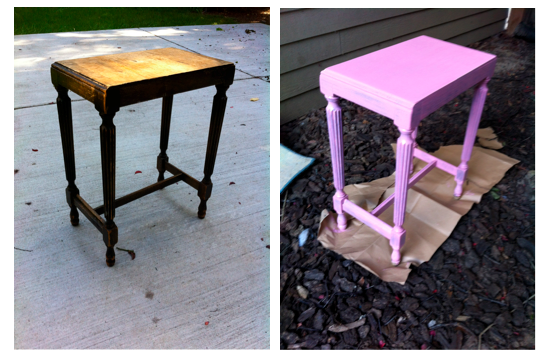 I've also been utilizing some of my old pinterest posts, or more like the ideas I had postponed until now. Of course I had to make use of all the plastic dinosaurs I had been keeping in the studio. They look awesome covered in glitter and make cute mason jar toppers when painted pastel colored! Glitter covered anything is amazing, but glitter covered dinosaurs is even more great! :D These have been added to my space last week.

Along with dinosaur crafting, rock painting, and refinishing little tables, I've still been making some creepy cute jewelry. I had made some plastic spider and roach hair clips a while ago (which I haven't posted here yet), but I decided some roach earrings would be fun for someone as creepily inclined like me. :P I only wish they could be seen in my dark hair. Anyway, I've added them to the shop as well, though I'm not sure Found on Fremont is the right venue for cockroach jewelry. 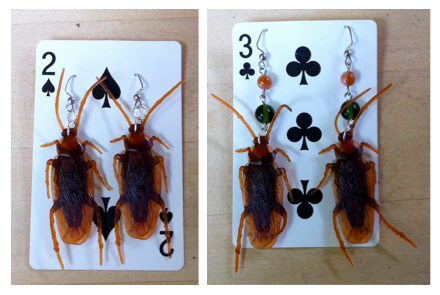 Anyway, I'll post some more things soon because I've been working in the studio a lot on my days off from working.