It has been such a busy last few months. I'm currently in the Brussels airport where I get to enjoy a five hour layover on my way to Vienna... at least the wifi is strong! Figured I'd share the "craft" project I focused on last month.

I went to Sakura-Con for the first time last month, which is Seattle's anime con! All of my middle/high school years, I watched anime and read a lot of manga, so it's a bit nostalgic even though I'm not up on the recent world of anime/manga. Since it was a nostalgic comicon for me, I decided to go with my all time favorite character - Inuyasha by Rumiko Takahashi, which was the very first manga I read too. A lovable, but grumpy dog demon from feudal Japan!

I'm not very skilled with the sewing machine and this literal red robe took me HOURS, and I finally realized how helpful having a dress form is. I made this kimono top (hardest part was the armpits and slits in the top shoulders) without a pattern... so I learned that next time I'm going to seek out a pattern to give me reference.

Outside of the sewing of the robe, I made the necklace with polymer clay, modified a layered wig with a cheap amazon wig, 12 extensions and some clip on bangs, and wore inch long press on claw nails! (And, picked up some ears / kids samurai sword / red harem pants to complete the look). Not as in depth as a lot of cosplay and comicon fanatics, but it was my first full costume. Got a lot of pictures taken of me and a lot of "SIT BOY!" references from the show, so I was happy! :) 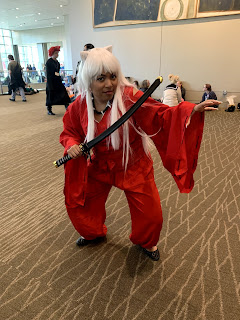 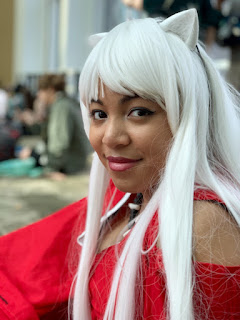 Below are a couple of shots of all three of my cosplays: Catwoman, Alana from Saga, and Inuyasha - all compiled by me with minimal sewing until Inuyasha. 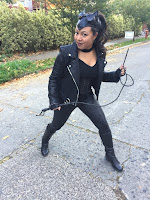 I call Catwoman my closet cosplay, because I had everything except the whip and cat mask in my closet already, so it was my perfect first cosplay. Little did I know, that day I would meet Stan Lee and I was wearing a DC cosplay... Shame. 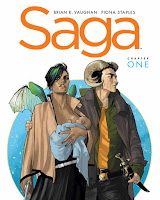 This was my second cosplay from my favorite recent graphic novel, Saga by Brian K. Vaughan. My first sewing project ever was the cape! 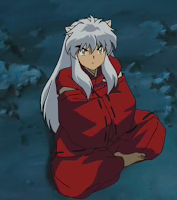 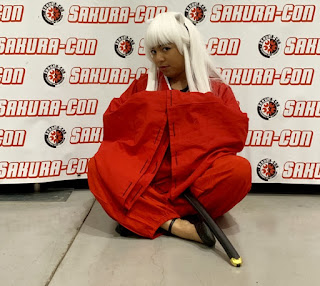 And, finally - Inuyasha :) I think I captured his signature guard pose pretty well!